There and back again

There and back again

I find myself staring at a computer screen quite a lot lately. It’s funny because this wasn’t necessarily planned. I never knew the amount of hours I would spend by my computer or the strength that my fingers would get from endless typing. I’m still really glad my mom had made me take that typing class in 9th grade. I’d failed my first one and I wasn’t too pleased with the prospect of being in a class where I knew I wasn’t good at something. It makes me laugh now, if it weren’t for that class, I would probably still be finishing the last page of Above, my two pointer fingers prodding at the keyboard. Thank god for moms. Guess that’s the lesson here.
Life has a way of getting you either way though. I spend a lot of time in Above writing about fate and happen stance, and the way a person’s life is intended to go. I always think it’s an interesting topic, mainly because I haven’t even made up my mind about it. I’ve started to realize those are the things that interest me to write about. I think I like that there’s no answer, no right or wrong, there’s a gray area to which anything is possible. Math isn’t like that. That’s why math sucks. Just kidding. Okay only kinda…but then again maybe math and I have a rivalry because our brains just think different.
Anyway, this blogging thing is dangerous. Clearly, I think too fast to write. I can sensor a character’s thoughts, but apparently my own are scattered and are anything but linear. Back to my point, Callie, the main character in Above, spends a lot of time harping on where her life is supposed to go. I guess it’s funny how I was the same way for so long. I planned to write my acting part in a movie. I never realized along the way the love for writing I would gain as well. It wasn’t the plan. I’m starting to think that four-word sentence may be one of the most awful sentences in the human language. Well not awful, I guess I’m being a tad dramatic. But I really don’t like those words. I don’t think we really can plan. Or at least that’s what I’m realizing. Whether your explanation is fate or chance, it seems there is no control either way. Sometimes life just plays out for you. And sometimes you just write a book. 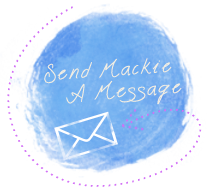